Wollenweber’s Trucking and Warehousing is a fourth generation, family owned business which has provided transportation and warehousing services to the Baltimore/Washington area since 1903. With its full complement of tractor trailers and straight trucks, over 400,000 sq.ft. of warehouse space, railsiding, and a variety of unloading methods, Wollenweber’s supports a diverse national freight clientele.

Rail siding and specialized handling equipment complement Wollenweber’s food grade warehousing operation. The quality of our services will protect your products and your reputation.

We are prepared to meet your most demanding transportation and warehousing requirements.

Charlie Wollenweber has an unusual business card. Instead of having the angular, high-tech logo that is so common for most businesses today, it bears the simple image of a man driving a horse-drawn wagon loaded with crates.

Wollenweber uses this old-fashioned logo because the past is alive at his trucking and warehousing business. At a time when megamergers are causing businesses everywhere to suffer amnesia about their pasts, the 110-year-old family-run company can trace its lineage directly back to the early days of commercial trucking in Baltimore. As Wollenweber’s past growth was linked with the physical growth of Baltimore, the company is looking to the Port of Baltimore as instrumental to its future growth. 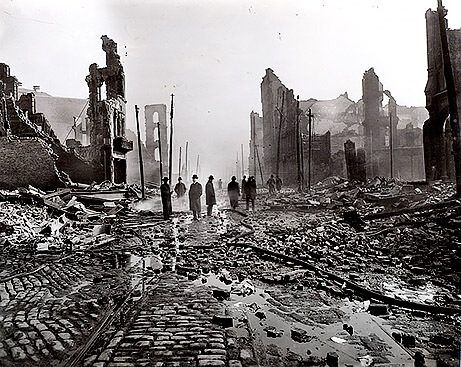 The Wollenweber pedigree began in 1888 when Charlie Wollenweber’s great grandfather, the first of four consecutive Charleses to run the business, emigrated from Germany to Baltimore. After establishing himself in the city’s German community, he opened a stable on Granby Street (now Little Italy) where he housed his horses and wagons. Much of the early hauling business meant setting out before dawn to Sparrows Point to pick up tin plate and haul it to the tin can industries in Canton.

The fledgling business survived despite a Depression in 1893, the Great Baltimore Fire of 1904, and shortages in clients’ shippable resources during World War I. As the new century unfolded and business grew, Charles II came aboard, and Wollenweber’s expanded to a large nearby garage, which took up an entire city block. By the 1920s, horses were replaced by cars and the stable was converted into a trucking terminal and gas station.

According to Charles “Charlie” Wollenweber IV, current president of the company, this was about the time when trucking forever changed. In addition to hauling shipments, trucking companies also became “movers”, which meant that they also had to “pick up shipments when they arrived on loading docks,” says the 50-year-old who joined the business in the early ’70s. This change in the nature of trucking, along with the city’s need to purchase Wollenweber’s garage (which it razed for parkland near the Flag House Museum), spawned a move to the Inner Harbor’s piers four and five in the mid 1940s. This relocation didn’t last long, though. The occasional flooding from hurricanes wreaked havoc on shipments waiting to be transported. “I remember my father (who joined the business after serving in World War II) telling me that one time he got a call from my grandfather,” says Wollenweber. “He was screaming that my father had to get down to the pier because 1,000 Schwinn bicycles were floating out into the harbor.”

The ensuing decades followed a wearying pattern of constant moves to drier climes nearer to railway delivery and out of the city’s way as it revitalized– Mt. Royal Avenue, Camden Street and Sharp Street in the early ’70s. The move to Sharp Street was pivotal because Wollenweber’s expanded its services into warehousing and acquired a business which supplied paper to local printers. This was fortuitous: Today 60 percent of Wollenweber’s business involves storing and shipping paper.

After another round of cat and mouse in which the city asked the company to relocate because it wanted to build the Federal Reserve Bank on its land, Wollenweber’s moved to Canton in 1989. They didn’t stay unpacked for long, though, because they needed the railway access, and they sought a location out of the city’s growing reaches. In December 1997 the company purchased and moved to its present home, a 150,000-square-foot facility, in Arbutus. 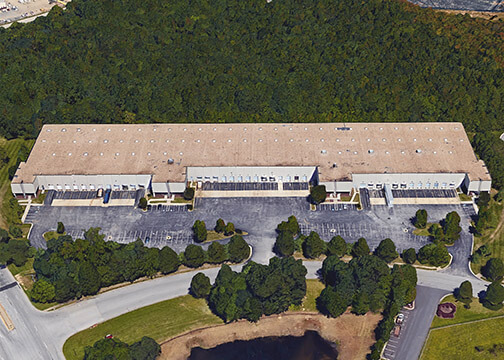 Although they have expanded through decades and have evolved to meet the industry’s and clients’ demands, some things, not surprisingly, haven’t changed. “We still do business the way my great grandfather did,” says Charles IV. Customers agree. “If you need something in an hour, they’ll deliver it to you,” says client Rodney W. Shelton, vice president of purchasing for White Rose Paper Company, Inc. He says that he also appreciates the after-hours accessibility–such as having Charlie Wollenweber’s home phone number in case of an emergency. “A lot of {trucking} companies are so huge you get lost in their system. Not with Wollenweber’s. You can’t find their services anywhere else. They are rare attributes today.”

These inquiries are also translating into more business: Since February Wollenweber’s has picked up four new accounts via Baltimore’s port and the number of containers they pull there is up. Charlie Wollenweber credits this increase to two factors-his company’s proximity to the port (a 15-minute drive) and the trend toward greater warehousing distribution instead of shipping only a few containers at a time. “All of these things mean we’re seeing the need for a lot of potential business with port.”